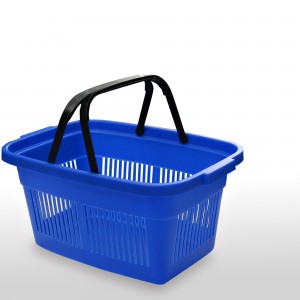 You have run out of milk and have to make a quick trip to the grocery store. Six bags later, you wonder how on earth you ended up spending so much money when all you went for was a simple carton of milk. Unfortunately this happens to all of us, and it is a huge budget breaker.

Grocery stores want you to spend, and hope you will buy more than just a carton of milk – and you usually do. But the plan of attack is to enter that grocery store and buy milk, and nothing but the milk. But this can sometimes be easier said than done.

When you have to go for those quickie grocery shops, carry a list, even if milk is the only thing on it! This will help you stick to your list and avoid temptation to things that definitely aren’t on the list.

If you find you can’t resist, turn to a corner store instead. You might pay an extra ten cents for that carton, but it is much easier to leave with just the milk than if you had gone to the grocery store and spent $30 on food you didn’t plan to buy and didn’t even need.

And when you plan your weekly shopping trips, take into account things you might run out of and stock up. If you go through 3 cartons of milk in a week, buy three and not just one. Plan your meals around fresh produce that lasts as long as you need it to, since various produce has different “fridge lifes”.

Whatever your plan of attack is, make it a point to not have to visit the grocery store for those quick stops, and instead plan your weekly shopping trips to cover those shortfalls instead.